Skip to content
16 YEARS OF IMPROVISING THE DICKENS OUT OF CHRISTMAS CAROL: UNSCRIPTED 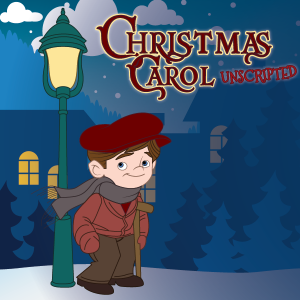 CSz INDIANAPOLIS CELEBRATES 16 YEARS OF IMPROVISING THE DICKENS OUT OF CHRISTMAS CAROL: UNSCRIPTED

Friday nights after Thanksgiving at 10pm, (Nov. 29 and Dec. 6, 13, 20, and 27) and one added Saturday (Dec. 21), CSz Indianapolis Theatre – Home of ComedySportz will be filled with Christmas cheer.  Performers bring to life the story of Ebenezer Scrooge and his visit with three spirits.  Performers stick to the basic structure of the classic story and use a plethora of audience suggestions to shape the story throughout the evening.  The 10pm performances go where audience allow it, so an age restriction is in place, making these performances for audiences age 17 and up.  Tickets for late night performances are $14.

An all-ages appropriate Christmas Carol: Unscripted is scheduled to take place on Saturday Dec. 14 and 21 at 4:30pm at the CSz Indianapolis Theatre.  Performers offer the same story with the same opportunities for improvisation and audience participation.  Earlier performances are directed for families with children of all ages.  Tickets for the matinee performances are $12.

The 2019 holiday season marks the sixteenth year for Christmas Carol: Unscripted.  “Part of the success of the show is the fact that the traditional story is still intact” says Edward Trout, developer of the piece.  “Add in the creativity of the audience and the performers, and the result is something unique and magical each performance.”

For tickets and information, visit www.cszindianapolis.com or call 317-951-8499.

CSz Indianapolis was established in 1993 and is a branch of CSz Worldwide.  The CSz Indianapolis Theatre is a live improvisation performance venue located in the heart of Indianapolis on Massachusetts Avenue in one of the city’s cultural districts CSz Indianapolis is home to ComedySportz, the longest running show in the city.