The performers work blue and play smart as they perform risqué scenes and games. A host keeps things moving and gets your suggestions.

CSz Late Night is an improv show for those who like shows in the style of “Whose Line is It Anyway”. Unlike some other comedy clubs, we have no food or drink minimums at our venue. We carry an assortment of craft and domestic beers, wine, and cider.  Additionally, we have all the foods that the state of Indiana requires for a venue serving alcohol!

Bring a group of friends or that special someone and enjoy a night of fast, smart blue comedy at CSz Late Night.

No. CSz Late Night is interactive – we ask for suggestions and occasionally volunteers – but we never force anyone to participate. Promise.  Think of it more like theater than stand-up. 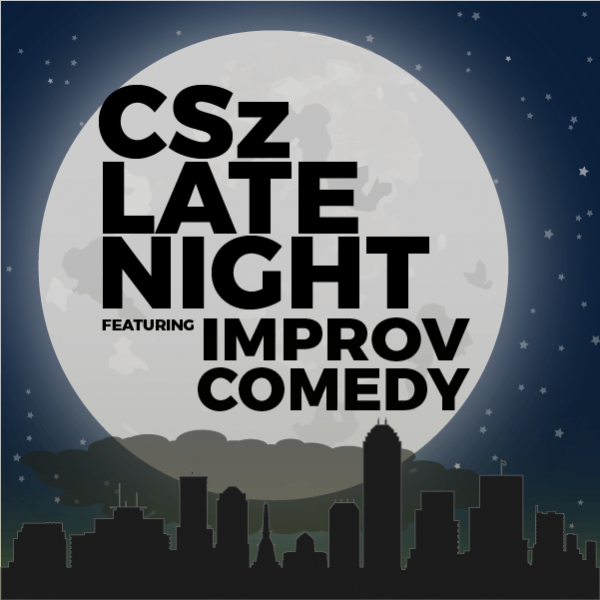