Steam Bag Productions is proud to present the premiere of Science Fiction Double Feature, an improvised rock musical comedy paying tribute to the classic B-movie scifi and horror of the 1930s-60s.  Costume-wearing audience members spin the “Wheel of Monsters,” then laugh and dance along as the actors create a one-night-only spectacle.

“This show is our most ambitious production to date. We’ve got a live band, singing, dancing, comedy, and impossible things brought to life,” says Jim Ansaldo, the show’s director. “We want our audience to dress up, join in, and have a blast!”

Performances run every Friday at 10 PM from October 4 through November 1 at CSz Indianapolis, 721 Massachusetts Ave, Indianapolis, IN 46204. Tickets are $13 online, and last minute tickets are available for $15 at the door. The show is for audiences aged 17 and older.

Unlike some other comedy clubs, CSz Indianapolis has no food or drink minimums at the venue. CSz Indy carries an assortment of craft and domestic beers, wine, and cider.  Additionally, CSz has all the foods that the state of Indiana requires for a venue serving alcohol!

WILL I GET PICKED ON AT THE SHOW?

CAN I USE MY PASSES FOR CSz/BIG FREE THING/DATE NIGHT PACKAGE TICKET?

CSz: Sorry, not for this show.  It’s produced by our friends at Steam Bag Productions.  That means it’s not produced by CSz Indianapolis; we’re just the host venue for the show this go-around.
We want to be fair to the production company, so save those passes for a CSz Late Night (Maybe even Win, Lose, or Saw on Saturdays in October?)

CAN I DRESS UP?

ABSOLUTELY!  In fact, costumes are encouraged!  Give that Halloween getup another outing this October. 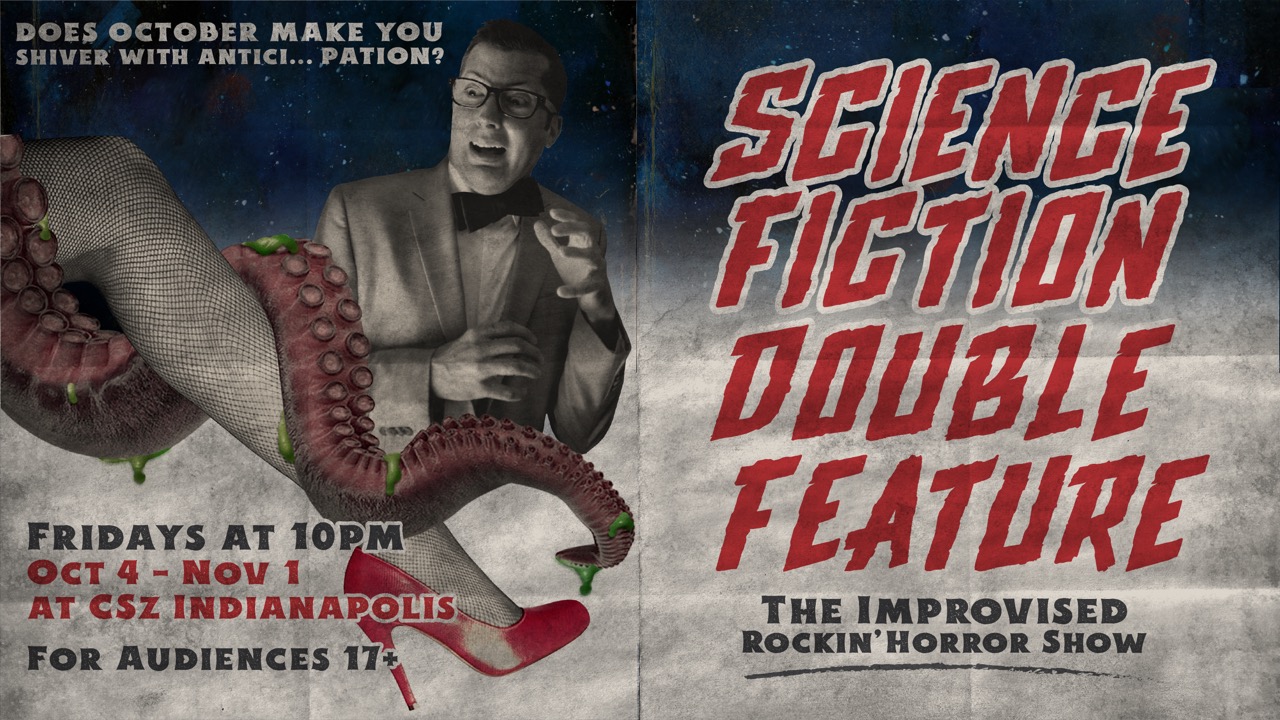