An improvised story from a galaxy far, far away.  For ages 17+

A young boy who dreams of fighting for the rebellion. A young girl denying she’s part of the rebellion. A half mechanical man who fights the rebellion. And an old man who doesn’t remember a droid he CLEARLY should know. It’s a night where the force is going to be all over the place. 3 shows only
For audiences 17 or older.

Family Space Fights takes the basic story from the original trilogy of movies you know, guts out the specifics, and turns it on its ear.  Unlike some other comedy clubs, we have no food or drink minimums at our venue. We carry an assortment of craft and domestic beers, wine, and cider.  Additionally, we have all the foods that the state of Indiana requires for a venue serving alcohol!

No. Family Space Fights is interactive – we ask for suggestions and “Blind Lines” – but we never force anyone to participate. Promise.  Think of it more like theater than stand-up. 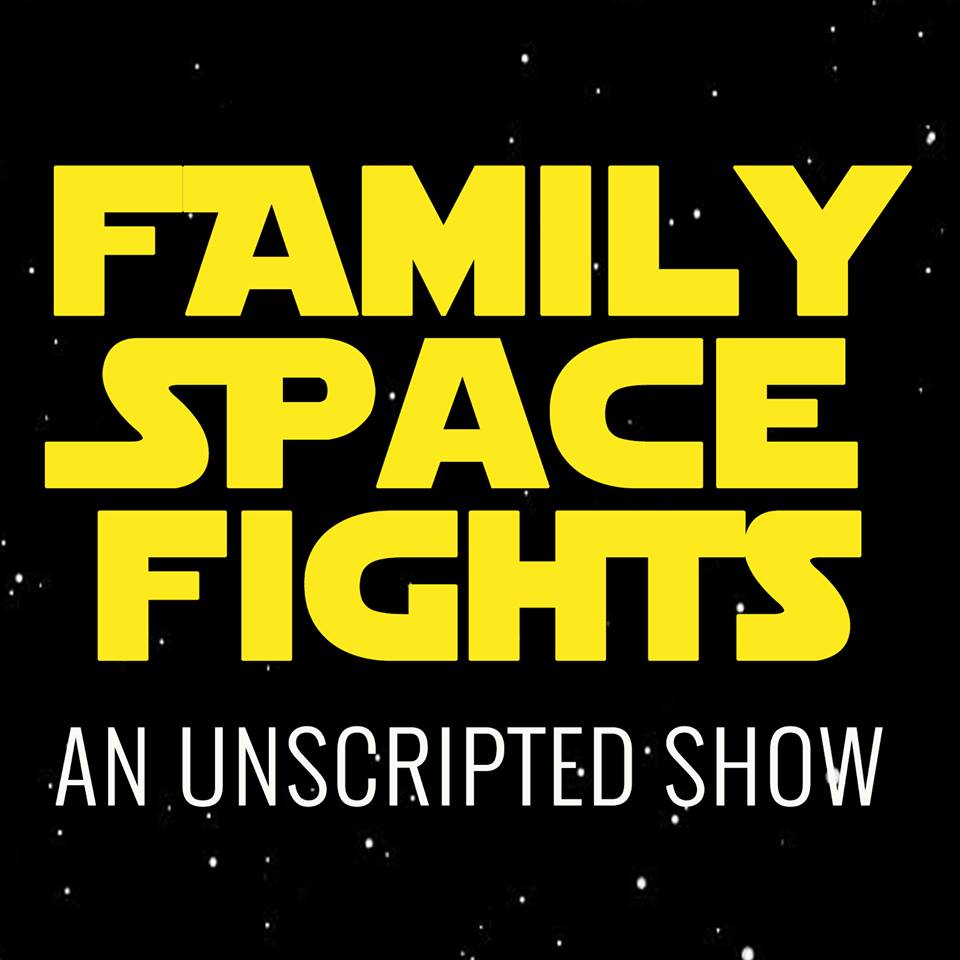